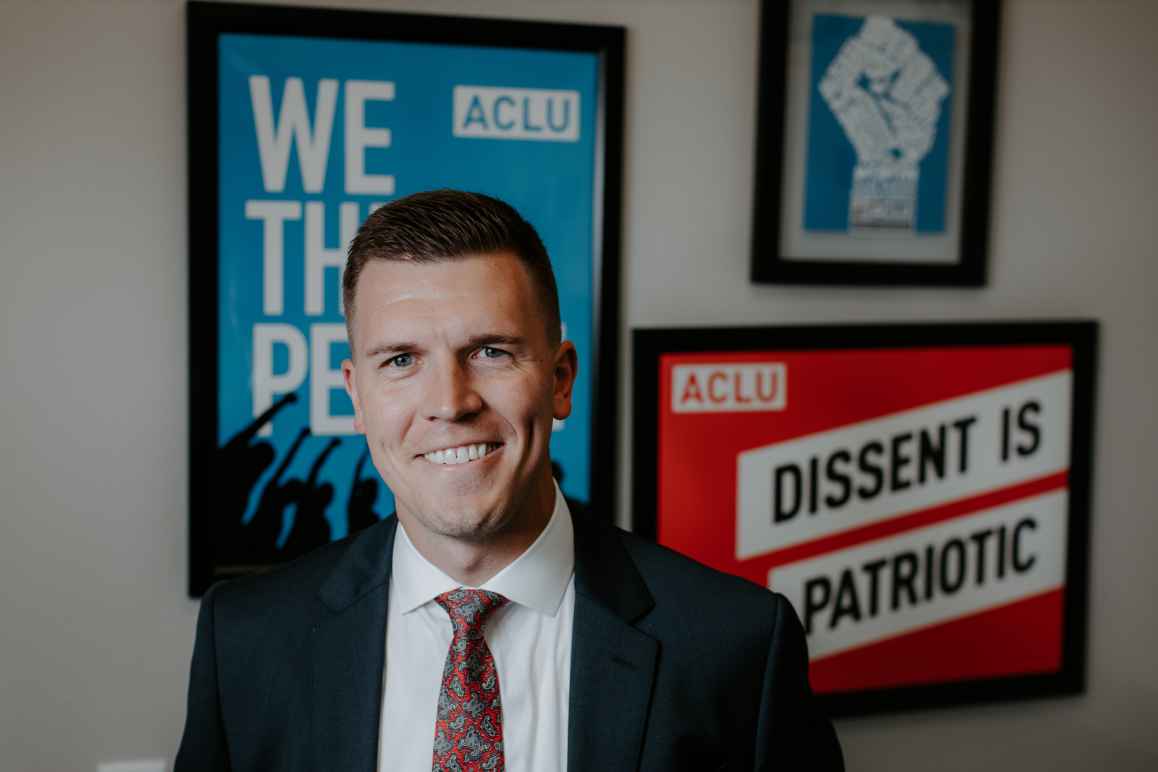 Dane DeKrey is the Advocacy Director for the ACLU of North Dakota.

Dane started at the ACLU in 2019 with a singular focus — to make North Dakota a better place to live for all of its residents. To achieve that goal, his work takes many forms, including lobbying at the state capitol, running grassroots campaigns, and fighting against discriminatory laws and practices of any kind.

Prior to joining the ACLU, Dane spent five years as an attorney, first representing average people taking on large companies at a class action law firm in Minnesota, and later working as a federal public defender in North Dakota. During his time as a public defender, Dane developed a passion for Indian country and the Fourth Amendment.

Dane graduated from the University of North Dakota and the University of Minnesota Law School. He grew up in Wyoming, but his roots are in North Dakota. He currently lives in the Fargo-Moorhead area with his wife and kids. Dane’s favorite constitutional amendment is the Fourth Amendment because, when courageously interpreted, it holds law enforcement officials accountable when they cross the line.

Patience is a Democratic Virtue

Get Out the Vote, North Dakota!