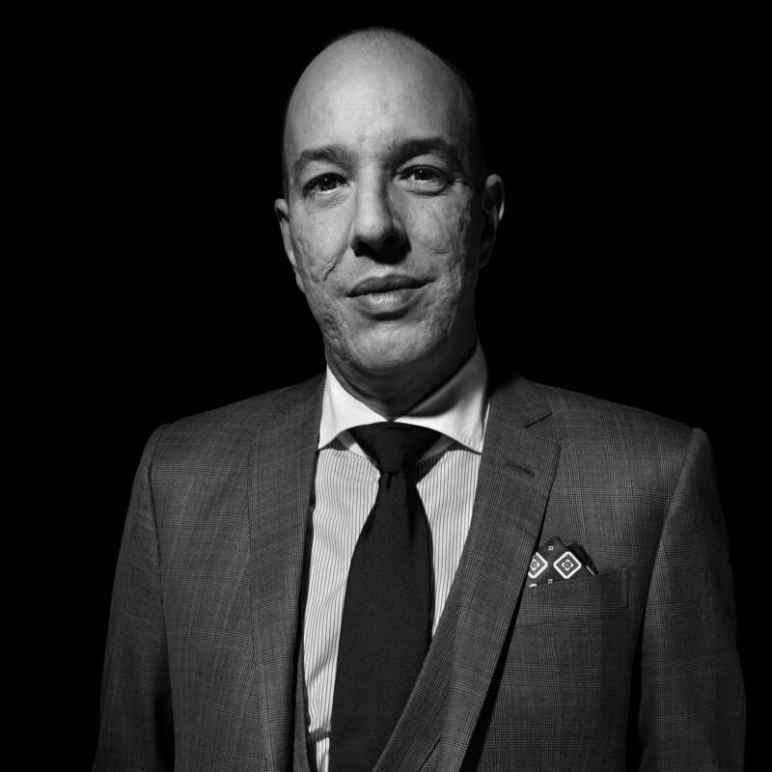 Anthony D. Romero is the executive director of the American Civil Liberties Union, the nation’s premier defender of civil liberties. He took the helm of the organization just seven days before the September 11, 2001 attacks. Anticipating the impending assault on civil liberties in the name of protecting national security, Romero quickly launched the Keep America Safe and Free campaign to protect basic freedoms. He created the ACLU’s National Security Project, which achieved legal victories on the Patriot Act, uncovered thousands of pages of documents detailing the torture and abuse of detainees in U.S. custody, and filed the first successful legal challenge to the Bush administration’s illegal NSA spying program.  During the Obama administration, the ACLU continued its litigation on NSA surveillance and launched litigation and advocacy against the U.S. drone program.

Prior to the election of Donald Trump as president, the ACLU released a legal analysis warning that Trump’s policy proposals would amount to a one-man constitutional crisis. Under Romero’s direction, the ACLU has filed more than 200 legal actions against the administration, winning a nationwide stay of Trump’s Muslim Ban just over 24 hours after it was issued, stopping the administration’s family separation policy and blocking the asylum ban.

Romero also oversaw the ACLU’s expansion into high-impact political work. In 2017, the ACLU launched People Power, a grassroots advocacy platform. Since then, more than half a million activists have joined People Power and their advocacy has pushed local governments across America to enact policies to protect immigrants, expand voting rights, and increase voter education and turnout around civil liberties issues. Additionally, Romero significantly ramped up the ACLU’s engagement in direct political advocacy in 2018, scoring several major victories, including the re-enfranchisement of approximately two million voters across three states –the biggest increase in the potential voting rolls since the 26th Amendment was added to the Constitution in 1971.

Throughout Romero’s tenure, the ACLU has pursued aggressive litigation and advocacy challenging the greatest injustices of our time, including: high-profile litigation and lobbying efforts to win the freedom to marry for same-sex couples; a nationwide campaign to reduce the prisons and jail populations by 50 percent and combat racial disparities within the criminal justice system; the establishment of a project to assist in the defense of terrorism suspects being tried by military commission in Guantánamo; an innovative legal challenge to the patents held by a private company on the human genes associated with breast and ovarian cancer; and class-action litigation to ensure that the government cannot block access to abortion for unaccompanied minors in its custody.

An attorney with a history of public-interest activism, Romero has presided over the most successful growth in the ACLU’s history, dramatically increasing its membership, national and affiliate staff, and budget. This unprecedented growth enabled Romero to expand the ACLU’s nationwide litigation, lobbying, political advocacy, and public education efforts.

Romero is the ACLU’s sixth executive director and the first Latino and openly gay man to serve in that capacity. In 2005, Romero was named one of Time Magazine’s 25 Most Influential Hispanics in America, and he has received dozens of public service awards and an honorary doctorate from the City University of New York School of Law.

In 2007, Romero and NPR correspondent Dina Temple-Raston published “In Defense of Our America: The Fight for Civil Liberties in the Age of Terror,” a book that takes a critical look at civil liberties in this country at a time when constitutional freedoms are in peril.

Born in New York City to parents who hailed from Puerto Rico, Romero was the first in his family to graduate from high school. He is a graduate of Stanford University Law School and Princeton University’s Woodrow Wilson School of Public Policy and International Affairs. He is a member of the New York Bar Association and has sat on numerous nonprofit boards.

If you are interested in inviting Anthony Romero to speak at an event, please fill out this form, or contact the American Program Bureau.

We Can Uphold Free Speech and Hold President Trump Accountable