Midterm Elections: How These Offices Impact Your Rights

Elected officials don’t have the final say when it comes to our rights — we do. Let the ACLU help you step into your power at the ballot box!

Following a radical Supreme Court term that has had a devastating impact on abortion access, the separation of church and state, immigrants’ rights, privacy, and more, it’s easy to feel powerless. But we can still fight for our rights — starting in our communities, at the ballot box. We have the power to send a message to elected officials about what we value and what we want them to prioritize. Your vote can send a clear message to lawmakers and elected officials that they need to take bold action to stem the tide of attacks on abortion, and protect access to essential care — just as Kansas voters recently did when they defeated a measure that would have stripped the right to abortion from their state constitution.

Trust in American institutions has dramatically decreased in recent years, according to recent polling. Americans are losing confidence in the Supreme Court, politicians, and the media. But people still trust their family, friends, and neighbors.

That’s why your vote is so important this year, and why the ACLU wants to arm you with the knowledge you need to talk to your friends and family about the issues that matter. With just a conversation, you can use your existing networks to mobilize and activate your community.

Here, we break down some of the elected offices you may see on your ballot, so you can better understand how these officials wield the power to protect civil liberties and civil rights. Whether it’s for a district attorney election in your county or a supreme court judge race in your state, you have the power to change this country. This November, let’s remind our elected officials that they don’t have the final say when it comes to our rights — we do.

Governors oversee the state's executive branch. They can issue executive orders and pass or veto legislation.

State attorneys general are the top legal officers of their state. They have the ability to issue legal guidance or formal opinions to state agencies, including opinions on the constitutionality of abortion bans, restrictions on the right to learn, as well as choosing to not enforce education gag orders that restrict teachers and students from being able to learn and discuss issues related to race and gender in the classroom. They can advise their legislature and state agencies on ways to protect LGBTQ people from discrimination and ensure equal access to services, and can also join or initiate lawsuits challenging anti-LGBTQ laws or policies.

In many states, the secretary of state is the state’s chief elections officer with responsibility for oversight and administration of elections. The secretary of state can expand voting access by implementing measures such as automatic voter registration and universal mail-in voting, as well as advocating for a legislative agenda that pushes for greater access.

State supreme courts — often elected or retained by the people in statewide elections — can and often do find that state constitutions protect more rights than the U.S. Constitution, making them a powerful backstop protecting our rights against the attacks they face. They decide cases related to abortion, voting rights, the rights of LGBTQ people, free speech, and more. Now that the U.S. Supreme Court has overturned Roe v. Wade, state courts will likely be the final arbiters to decide whether reproductive freedoms are protected in the states, making this role especially crucial.

Also referred to as County Attorney, Prosecuting Attorney, or Commonwealth Attorney in some states, elected prosecutors are the most influential actors in the criminal justice system. They have the power to decide who should be charged with a crime, and can decline to press charges — including declining to prosecute a person accused of violating an abortion ban. Prosecutors’ decisions and their influence over local and state criminal justice laws have been one of the primary drivers of incarceration and racial disparities throughout the justice system. District attorneys can exercise prosecutorial discretion to not bring charges against those accused of violating classroom censorship laws and education gag orders that restrict teachers and students from being able to learn about issues related to race and gender in the classroom. They can also decline to prosecute crimes related to HIV status, sex work, and other criminalization that disproportionately affects LGBTQ people; train staff to respectfully manage cases involving hate crimes and domestic violence; and establish data collection to track treatment of LGBTQ victims and defendants.

In many states, county clerks act as the local election administrator and run the day-to-day operations of registration and voting. They may be responsible for recruiting and training election officials, mailing absentee ballots, and counting and canvassing election results. County clerks may be also responsible for issuing permits for LGBTQ parades or events, recruiting or training poll workers to ensure they are LGBTQ-friendly, or ensuring that same-sex couples can access marriage licenses.

School Board representatives can pass important policies to protect LGBTQ students from harassment, discrimination, and bullying, including ensuring students in their district have the right to access restrooms and play sports in accordance with their gender. They can also either endorse or fight back against attempts to restrict school curriculums limiting how race, sexual orientation, and gender identity may be talked about in school, and push back against attempts to remove books by and about LGBTQ people from school libraries.

Board of Governors / Board of Regents

The Board of Regents or Board of Governors are elected and approve curricula in some states, determining what students are allowed to learn or required to learn. They may be responsible for enforcing classroom censorship policies and education gag orders that restrict teachers and students from being able to learn about issues related to race and gender in the classroom. These officials have the power to protect the right to learn in higher education.

From limiting how and when we vote, to removing books by LGTBQ authors from library shelves, to criminalizing access to basic health care, politicians are attacking our fundamental rights. The midterm elections are a chance for all of us to say enough is enough.

Join us as we talk to our family and friends about why this election matters and pledge to vote our values. 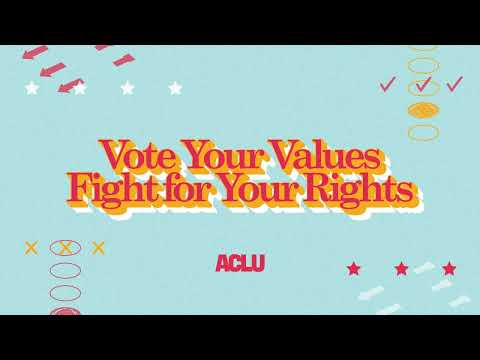 Every Voter Should Be Able to Access the Ballot Box

A Playlist for Election Day

How to vote in the 2022 North Dakota General Election

Ask the Experts: How to Start Small and Make a Big Impact During...

Ask an Expert: How to Connect With Hesitant Voters

Ask the Experts: How to Inspire People to Vote for Their Values

To Fight a Stacked Federal Bench, the ACLU Goes to the States